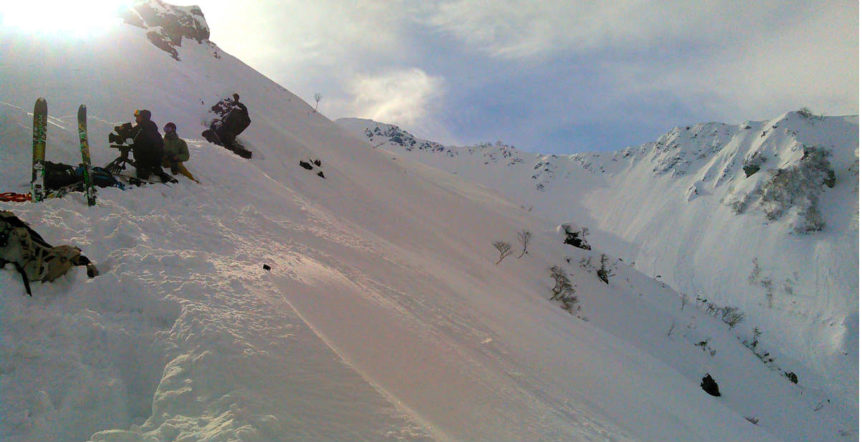 This article was originally published on the Evergreen Outdoor Center blog on October 10, 2005.

Avalanches are acts of nature that are difficult to predict, even for the seasoned professional, and take close to one hundred and fifty lives a year around the world. (Schaerer, 1993). There are, however, many things that we – as backcountry users – can do to reduce the risk of being caught. We can also take precautions to provide for a better chance of live recovery if the unthinkable does in fact happen.

Group Management & Decision Making
Most groups are informal groups of friends and do not have a designated leader thus making decisions for the group a more difficult task. The best skilled at skiing or boarding may not be the best skilled at making risk-related judgements or terrain selection decisions for the group. Often those who are slower or less skilled riders will make better judgements based on their lower ability or tentativeness, but are often swayed by pressure from the more aggressive riders in the group. These people may just be following the tracks of those in front and may not recognize hazards around them.
When traveling as a group, make decisions by the whole of the group based on the level of the ability of each member. If you know that you are going to ride advanced terrain, make sure that everyone in the group is at an advanced level in the back country mountains and not only the ski hill – as they are very different.