Life challenging and thus life changing experiences… simply put, this is what we want to share with you. 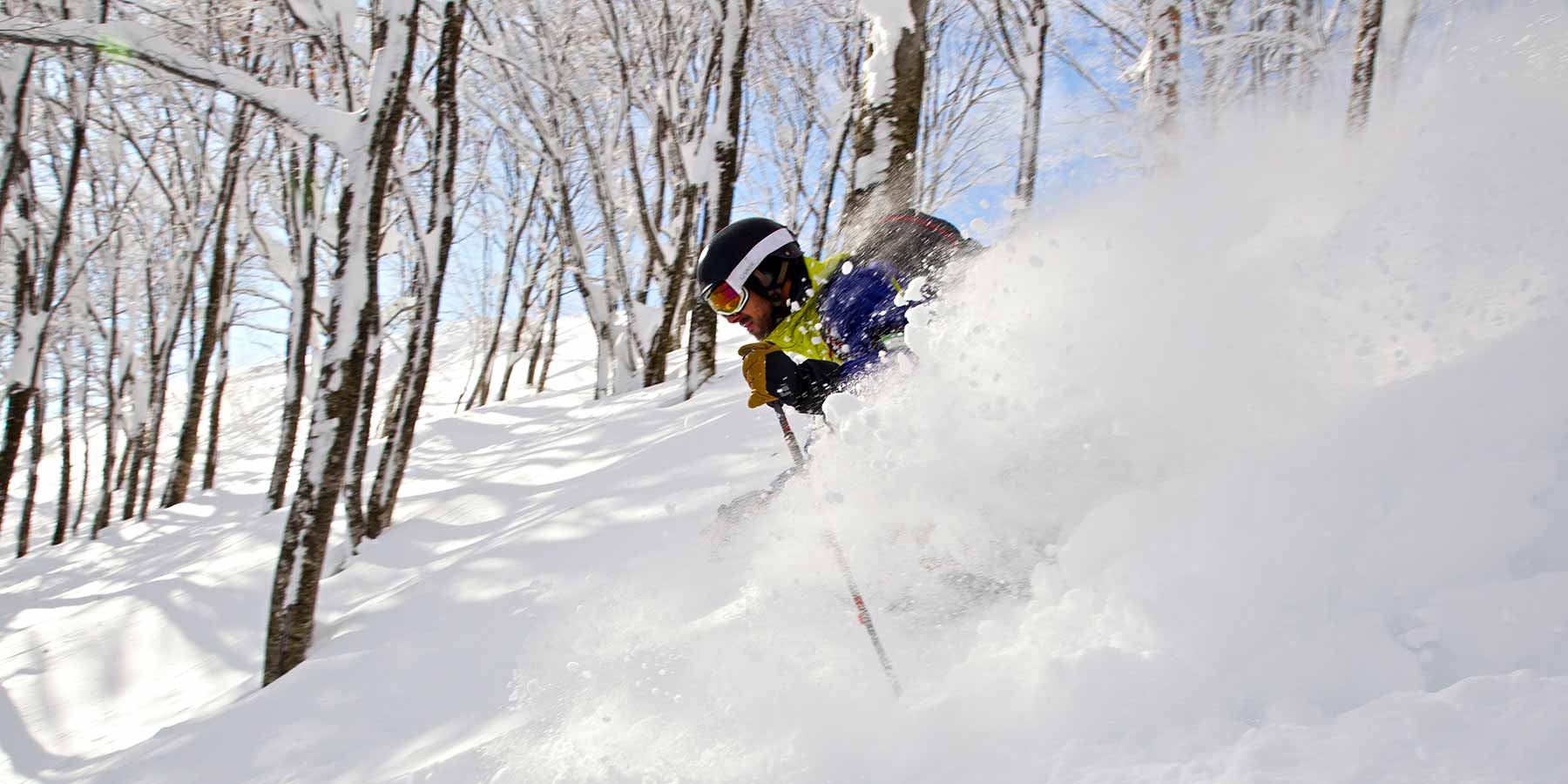 Evergreen Backcountry Guides CEO and Chief Guide, Dave Enright, has over 2 decades of mountain guiding experience beginning in his own backyard, the Coast Mountains of B.C. Canada. A Professional Member of the internationally recognised Canadian Avalanche Association (CAA) and qualified guide with the Canadian Ski Guides Association (CSGA), Dave had a pioneering role in avalanche education and safety since his arrival in Japan over 20 years ago.

Dave’s attitude toward safety is founded on years of involvement in the worldwide avalanche community and his own development as a qualified mountain professional.

Under this leadership, we have assembled a team of guides who are highly trained and certified in avalanche risk management, backcountry travel and first aid.

Each one of our Guides brings something unique to the team, but we all share a passion for the mountains and intimate knowledge of Hakuba’s best lines. Operationally, we meet daily to collaborate and discuss snowpack data, weather observations and tour itineraries to make sure you are headed to the best snow in safe conditions every day.

“We should try not to be complacent with the lives we are given and the jobs that we do and if we find ourselves becoming such then it is a time for a change.”

Southeast Alaska Avalanche Center director Bill Glude has been studying snow seriously for over 30 years. His avalanche study began with practical, academic, and field studies under avalanche pioneer Ed LaChapelle at the University of Washington in the late sixties. He has been teaching avalanche courses since 1978, including full-time teaching for the Alaska Avalanche School and the Alaska Mountain Safety Center through the 1980s. With Southeast Alaska Avalanche Center, he has taught over 4,000 students throughout Southeast Alaska and beyond since 1995. He has initiated a number of research projects with his students. He keeps a sharp edge on his skills with consulting projects involving avalanche forecasting, training, and hazard evaluation.

Born and raised in the King Valley at the foothills of Australia’s Snowy Mountains, Demelza was trained and certified as a guide in Canada, where she worked for various Heli and Cat Skiing operations throughout BC. A competent and worldly outdoors woman, Demelza is also a passionate Salt Gypsy who balances her career guiding surf charter boats in the crystal clear waters of the Indian Ocean.

“Bumsti” grew up as a little mountain dwarf in the Austrian alps and learned to ski before he could walk. In his early years while he ski raced, he spent all his spare time in the mountains learning from his Dad who had 30 years mountain rescue experience. Before long, Bumsti was using an avalanche transceiver before he got his first gameboy, and knew about putting people into the rescue recovery position before he could do the chicken dance in kindergarten.

Read more about Bumsti
After attending an Austrian skiing high school and studying architecture in college, he joined the mountain infantry in Austria for about 6 years before he started training ski instructors and guiding as a full time job. In these years after the army this little mountain dwarf completed the Austrian Ski Diploma (The ‘Staatlicher’ – full cert trainer/examinator qualification), then had a role in two international freeride movies, competed in various freeride competitions and shared his love/passion for sking from St.Anton, Austria, to Australia and now Japan.

Skiing with Bumsti is an experience in itself… A high energy alpine adventurer who can’t live without mountains and nature for more than two weeks, who simply thinks life without snow would be a mistake!

“I love anything where I’m riding sideways.”

Robbie hails from the frozen peaks of the Alberta Rockies and has been snowboarding since the sports early days. Robbie spends his free time climbing and guiding from his base near the Canadian Rocky Mountains and will be returning to Hakuba again this winter for more powder adventures. With a true love of alpine ascents, rock climbing and split-board touring, Robbie brings a wealth of experience and shred-ability to the Evergreen team.

Born & raised in Hakuba, Taka knows pretty much everything there is to know about the area, the resorts and all the fun outdoor activities in the valley. He’s always happy and ready to assist our clients with their bookings, fielding questions and arranging some awesome adventures for your here in Hakuba.